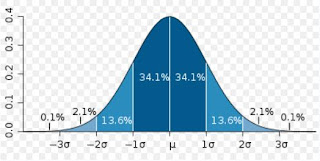 We do need significant and powerful people like President Obama in this world. Nevertheless, it's unrealistic and unfair to ask everyone to be rich and significant. A normal watchmaker, a regular computer technician like Peter and a peaceful old man selling james in his little town are just as respectable as any normal person out there.
Posted at 12:15 AM No comments:

A tribute to George Kadzis

Tonight's Extreme Makeover Home Edition is one of the few episodes that touched me. George Kadzis, the father of the family who received the help from Extreme Makeover, suffered from brain cancer and died around two days after their new house was built.

I always believe in helping people who deserve it and I think the Kadzis family really did deserve it: they adopted six disabled children from China. Beside extra financial burden, you have to spend a lot of time to look after the adopted children. That's why I always admire people who adopt children without asking anything in return.

Yeah, there are many poor orphans who need help in China and we can't save them all. But they can be saved one at a time, and I'm pretty sure that's what Geroge thought too.

I appreciate the sponsors of the TV program like Sears and those home builders. Yes, they benefit from the advertising of their products/services during the program, but they are also doing some good deeds to society. It's much better than simply paying an agent to create a viral ad.

It seems unfair that people with a kind heart like George would die due to a horrible and painful disease like brain cancer (ABC didn't show his face in the epsisode so I could imagine how the brain tumors have deformed his appearance). However, people who are inspired by him will bring hopes to the most hopeless places in the world, just like how George himself was inspired by Stevie Wonder after he listend to his performance in the 70's.

I can only manage to take care of myself and possibly my own future family now. Someday I wish I can do more though...
Posted at 11:11 PM 39 comments:

I'm so busy these days that I don't think I can write on this blog regularly anymore... I still have lots of topics that I'd like to talk about but I just can't squeeze time out to do that. Maybe I assumed too many responsibilities since I didn't say no enough?

Anyways I'll still blog whenever I've time but just don't expect the regular posting frequency I've been keeping. My readers, thank you for reading my blog all along and I hope that you've gained something valuable from my posts. See you soon! :)
Posted at 1:25 AM No comments: