One of the most "innovative" inventions I've ever seen...

"Ever feel bored running on a treadmill because you're at a static location all the times? Don't worry! With Treadmobil, you can enjoy working out on a treadmill and the beautiful scenes on the street!"

Ehhhh.... I think there's something we call, hmmm, RUNNING?

Actually, let me summarize its pros and cons:

Pros
Cons
Guess what, they even have a patent pending for this machine :P
Posted at 12:49 AM No comments:

It's raining so heavily now and my Gmail Tree theme changes its look:

For a second I thought that those are real water droplets on my screen since they weren't there when it started raining (the water droplets appeared when it changes from drizzle to rainstorm while the raining background was already there when the rain started).


Was browsing my music library and found this lovely old song. Here's its beautiful lyrics.

Promise me you'll wait for me
I need to know you feel the same way too
and I'll be home, I'll be home soon

An image I took when I was out on the street in my pajama: 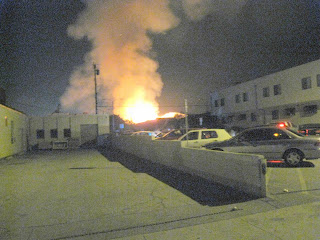 Here is a link to a video from Los Angeles Times:

We were very lucky that the firefighters from Alhambra and all the cities around put the fire under control within an hour. If it had spreaded to other houses/buildings, it would have been catastrophic. From the deepest of my heart, I would like to thank the firefighters for protecting our lives and properties. You have done an excellent job!
Posted at 2:13 PM 2 comments:


Eason performs best when he's totally "in" the song. Take a look at his facial expression and you'll what I mean :)
Posted at 8:00 AM No comments:

When everyone around is drunk and you're the only one sober

If you wonder what will happen to you when everyone around is drunk and you're the only one sober, watch this:

Yup, you will be humiliated. That sad, the brave ones will tell the truth despite such humiliation. Good job Peter.

If you're interested, here's another thought-provoking interview with Peter Schiff with Bloomberg (Part 1 & Part 2). Peter pointed out that the biggest problem of the U.S. is that people like to consume more than they can afford, which I agree and am always puzzled at simultaneously. Except housing and car (which I need), I'll just never buy anything that I can't afford and can live without. Why is it such a tough thing to do for so many people?? (~__~ )

P.S. By the way, you should probably notice that the ones who laugh at people easily are usually idiots. Take a look at those imbeciles in the above video and you'll know.
Posted at 8:00 AM No comments:

Email ThisBlogThis!Share to TwitterShare to FacebookShare to Pinterest
Labels: Economics

Take Me To Your Heart - Michael Learns To Rock

Birthplace of the Internet: 3420 Boelter Hall

I've long known that UCLA is the birthplace of the Internet. However, not until recently did I know the exact location of where this historical moment happened just more than 39 years ago: 3420 Boelter Hall. As a web programmer, I feel that it is my responsibility to check it out (after all, I'll be jobless if the Internet doesn't exist): 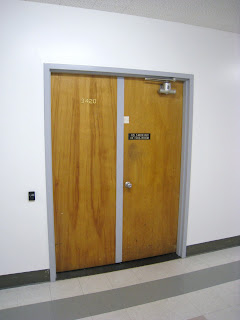 This is the current 3420 Boelter Hall 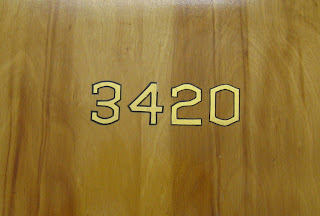 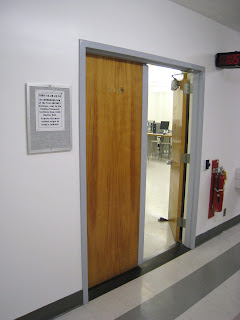 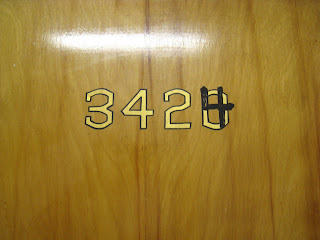 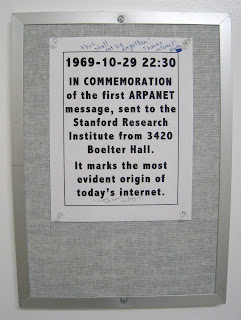 Because of this notice, I think that the first
ARPANET message was sent from this
3424 Boelter Hall, not the one I showed
in the first two photos 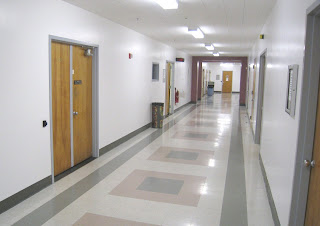 A look of the two rooms (on the left)
and the hallway
Man, the Engineering School should spend some money to create a plaque or, better yet, make 3420 Boelter Hall a exhibition room. Come on, this is a huge thing! Can you imagine what the world is like now if this groundbreaking research project didn't succeed back in 1969? :P
Posted at 8:00 AM 7 comments:

"You should vote for this candidate."

Not because of Palin's extraordinary interviews with various reporters, I really wasn't sure which candidate was better. I guess a fair thing to say is that the McCain/Palin combination can turn out to be pretty bad if McCain has any health problem. For the Obama/Biden combination, maybe it works, maybe it doesn't. I'd just say that, probabilistically, Obama has a smaller chance of screwing up. Now that they won, I certainly hope that they'll do a good job in the coming four years.

There's another thing I want to talk about in this post though: some churches told their members to vote for one particular candidate. And, if I'm not mistaken, some member actually wanted to vote for the other one but gave up because s/he wanted to conform to what "the church says".

I know one major reason the churches told their members to vote for a specific candidate is that they oppose homosexual marriage. I did no due diligence on this issue so I'm in no position to decide whether it'll be good or bad to society (Although I doubt whether it really is bad to the kids if the schools teach them about same-sex marriage. Even assumimg homosexual orientation is a bad thing, which I hold a neutral stand, not teaching it is like not letting the kids know that there're violent crimes and murdering in this world).

The thing that makes me feel really uneasy is that they told their members whom to vote for. Well, they might not explicitly tell them whom to vote for, but the implicit pressure from the pastors and other members was enough to deter them from voting otherwise.

I think that's not right.

We're not only talking about churches. Any organization, group, professional soceity can have a stand on which candidate to support. However, it should not tell or imply to the members that if they vote differently, they're betraying the organization and/or other members. While we have laws that prohibit people from bribing voters to vote in favor of a certain party, I don't see punishing a person for voting a specific candidate is anything better.

After all, what's mean by democracy? If people in some groups cannot vote for a candidate according to their free will, that's not democracy; it's just a democratic society with many little monarchies.

I know my church friends will probably feel unhappy with this post. Really, I don't want to trigger any flamewar. I merely want to bring out the following message:

No matter how strongly/religiously you believe that a candidate should win/lose, do respect your members' choices and encourage them to make their own decisions.

Respect the spirit of democracy :)
Posted at 10:50 PM No comments: