After I got my master degree from UCLA in 2004, the only thing in my mind is to look for a full-time job. If you are a foreign student, you would understand how difficult it is to even get an interview when you don't have much work experience. Most of the companies will just trash your resume if they know that your need sponsorship to work in the US.

As desperate as I could be, I finally got a job at a software company that turned out to be the most horrible working experience I have ever had in my life. Actually, I'm pretty confident that I will not have a worse experience in the future, since they were just extraordinary.

I remember on my first day of work, I was told by my boss to modify a little part of their software and it has to be done by the next day. Their software was written in a unknown variant BASIC called dL4 BASIC. I had never touched any kind of BASIC before, not to mention that piece of crap. So, I just tried by best and I think luckily I got it finished, not sure if it was the next day though. I felt that something was not right and later on realized that it was the beginning of my nightmare there. 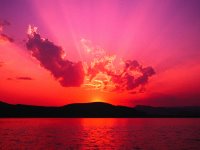 The boss there was as toxic as you can imagine. Every day after he came into the office, he would check whether you were grooving on something every hour. The back of my chair faced the corridor so there was no way I could tell that he was standing right behind me and looking at my work. Besides, when he was mad (and he got mad easily), he would actually cuss at his employees. (Could you imagine your boss cussing at you??) He was impatient and conceited. The pay sucked. The computers were crappy (Pentium II) and there was not even an inkjet printer there. He actually got a printer that printed monospace character on papers with two columns of holes on the sides. (You know what I'm talking about right?) And the damn code, can you imagine that they got variables named "a1" or "b2"? I actually thought that his ex-programmers revenged on him by writing code that only compilers can understand.

Very soon, I realized why he told me that his employees kept leaving the company, and apparently he had no idea that why it was happening. I didn't expect that I would be even more desperate in looking for a job after I got a job, and as soon as I got an offer, I quited without even giving them a two-week notice. (Well I did have bad time in that new job also, maybe I will talk about that in another post)

I always thought that high salary should be the first thing people look for when they are trying to get a job. Now when I think about that experience, I can assure you that I will not work for such a toxic company even they pay me 200K a year. Well, yeah maybe you can work for them for a little while and then quited later on for the purpose of getting a high pay for a few months, but what's the point of doing that? The reason we value money so much is that it can satisfy most of our material needs, which ultimately leads to happiness. If you hate your job, is that worth the high salary?

If you need to sleep 8 hours a day, you got 16 hours left. Half of that is spent at work, and in the remaining 8 hours, maybe you spend 2 hours in the traffic, 1 hour for lunch, 1 hour for dinner, 1 hour for breakfast, brushing teeth, shaving, changing and shower, 1 hour on listening to your girlfriend's/wife's complains, and you got 2 hours left (to watch TV?). And weekends you probably need to do some housework, laundry, go to the bank, deal with some bills, go to supermarket, go get the car fixed, go shopping with your girlfriend/wife, etc. I don't see there's much time left for which you can really do something you like to do. If you are unhappy in that 8-hour period at work every day, most of your life before retirement is miserable. What good do all the greens do then?

Thinking about that, job satisfaction is really important. If you got a toxic boss like I did, or your job is boring like hell, go get a new job and work on something that amuses you every day. Life shouldn't be painful :P
Posted at 5:41 PM