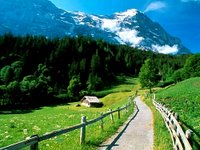 As I mentioned in the previous post, I am going to write an article about what I think the word professional should mean. I think it is worth some time to talk about it since this term is so abused that one can accuse another person as unprofessional without giving any reason these days. Looking up the definition of professional on Answers.com, it gives the following definitions:

1. Of, relating to, engaged in, or suitable for a profession: lawyers, doctors, and other professional people.

2. Conforming to the standards of a profession: professional behavior.

3. Engaging in a given activity as a source of livelihood or as a career: a professional writer.

5. Having or showing great skill; expert: a professional repair job.

Let us skip definitions 2 and 4 and talk about the other three definitions in the following. Definition 2 is pretty vague as the "standards" of a profession can be anything and definition 4 is actually describing some activity, not a person.

Definition 1 basically describes someone who works in a certain profession for a living. But what does profession mean? Answers.com says that it is "An occupation, such as law, medicine, or engineering, that requires considerable training and specialized study." According to this definition, any job that does not require considerable training and specialized study is not a profession. Well, there are jobs like that, such as being a janitor or an office assistant. You do need to be trained somehow to perform as a janitor or an office assistant, but I guess most people would agree that one does not need considerable amount of training to do that. Following that logic, some people can never be professional, no matter how well they perform on their jobs, since their jobs by definition are not professions!

Definition 5 is probably the most common concept in most people's minds: to be an expert in what you are doing.

Now, my turn to say what I think about these definitions.

I am sick of definition 1. Although it doesn't say it directly, it does imply that some jobs are more superior than some other jobs. So, some jobs, like doctors and lawyers, deserve to be referred to as "professions" and others do not. Since I was small, I always hold a strong belief, which is an old Chinese saying:

There is no difference in dignity among all careers

No matter what a person does for a living, as long as s/he does not violate the laws and contribute to society in some way, s/he deserves respect. Trying to refer some careers as "professions" and some other careers as "jobs" seems to be a result of some "professionals" trying to please their own egos.

Definition 3 is common enough but I disagree with it. Those doctors who help the poor in developing countries without getting paid are still professional. To my mind, they are even more professional than the ones who get paid.

Definition 5 is right, you got to be good at what you are doing. That is kind of like one's responsibility, even we are not talking about the meaning of professional.

My definition of professional is simple enough:

The first point is just definition 5 above, so it does not need any explanation. The second point, however, is ignored by lots of people.

Have you ever scheduled to see a doctor and you actually got to see the doctor at the time of your appointment? If you do, I am surprised, because, as far as I can remember, I have never been able to see a doctor at the time of an appointment in my whole life. (In Hong Kong it is a First In First Out system, so there is no appointment) Waiting for at least an hour in the doctor's office is pretty usual to me. If they can't make the time of the appointments, what is the point of setting up the appointments in the first place? To torture the patients and waste their time? Or they are just not competent enough to make "rough" estimate of the time it takes to see each patient? (By "rough" I mean +/- 15 minutes, I can live with that) To respect what you are doing, you got to respect your customers, if you have any. I don't feel that my time is respected at all in this case. Are the doctors professional in this case? Ah, I don't think so.

To respect what you are doing, not only do you need to respect your customers, you also have to respect your coworkers, your boss and take responsibility in whatever you are doing. Besides, take pride in what you are doing. I worked in a few Hong Kong cafes before, got minimum pay plus a little tips and got yelled by the boss all the times, so what? I take pride in that. If you look down on your own job, how do you expect other people to not look down on you? If may not like your job since it is boring or the pay sucks or the boss is a dumbass, but there is absolutely no reason that you should be ashamed of it.