I'm not sure about other countries, but in Hong Kong, parents like to compare their children with other ones. Not only do they think about it, they actually convey this idea to their children:

"Take a look at John, can't you see how hardworking he is? He always listens to his parents. If you're 50% like him, I can probably live longer."

Why would parents do that? Because they would like to see their children follow some good role models and behave well. This is a good intention. However, without caution, comparison is detrimental. 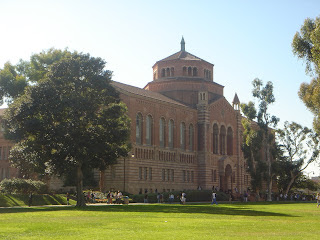 What harm does comparison do? Simply, it hurts people's self-esteem. When the kids are being compared, they don't hear that their parents want them to learn from others. Instead, they hear that they're not as good as others. How much does that hurt their confidence and self-respect? A lot.

This actually happens in the adult world also. In Cantonese, we refer to those men who're very submissive to their wives as "wife's slaves" (literally). Those "wife's slaves" are always insulted by their wives when they're compared to some other "successful" men:

"Look at you. Why're you so useless? Mary's husband is making $<huge_number> a month and you're making $<tiny_number>! The biggest mistake I've ever made in my life is marrying you!"

Well, how come only "wife's slaves" are insulted by their wives? How about other men? Other men won't have a chance to be insulted like this because they simply can't stand such a woman. Men who have nonzero self-respect won't be able to accept such a "comment".

Comparisons are not necessarily bad. If you want to learn from others, you probably need to compare your actions against theirs in order to come up with a plan as of what you should do. This is a good comparison since its purpose is to improve one's life. Furthermore, comparison also makes it clear where you stand among your peers. Only by knowing where you ability stand would you know that if you have good chance of succeeding in certain field.

However, exercise great cautiousness when you compare other people, since it can easily transform into a weapon that hurts your friends or, even worse, your beloved one's self-esteem. And if it's some attribute that one cannot control (like one's height or IQ), why do the comparison at all? (*___* )
Posted at 10:35 AM