Saving a friendship by YELLING

Recently I had some conflicts with a friend and it made me think of an incident long time ago.

In my high school years, I had a very good friend whom I hanged out with almost every day. He was smart not only in terms of IQ but he also taught me lots of valuable life philosophies. Since he was good at academics, I always went to his home and studied together.

One time, I went to his home to get back a cassette type I borrowed him. He wasn't at home but his brother was there and he opened the door for me. I went into his room and saw the cassette type so I just grabbed it and there I left.

After I went home, my friend called me.

"How dared you go into my room without asking for my permission first?!" He roared.

"I just went into your room to get back my tape..."

"You weren't in such a hurry to get it back right?? You should have waited for me to go back home and asked for it!!"

And then he hanged up on me.

I was pretty mad at that moment since I didn't think that I have done such a BAD thing that deserved to be yelled at like that. I even swore that I wouldn't talk to him anymore.

Surprisingly, he called me back after a few minutes.

"Hey man, I'm sorry about my attitude. I shouldn't have yelled at you like that," he apologized. "But you really should have let me know before going to my home."

And then we talked and talked and we're still good friends with each other now, more than ten years afterwards.

Now when I look back at the incident, I figure out why it happened in the first place. Back then, I lived in a very small flat with my family. I didn't really have the concept of "room"; the "room" I slept in was shared with my two sisters, so there wasn't any privacy at all. As I never "experienced" privacy, naturally I didn't feel any need of it.

My friend, on the contrary, had his own room. Probably due to his character and family, he didn't easily open up himself to his friends. So, it was reasonable that he would want to protect his "private space", his room. And me, lacking similar experience, couldn't really understand his thoughts, which was reasonable too.

Wait, how can both parties be reasonable? If there's an argument, one party has to be wrong, right?

There's no right or wrong here. It's just that we didn't understand each other.

Guess what would have happened if he didn't call and yell at me? We probably would stop talking to each other and a great friendship would have come to an and because of such a silly and tiny thing. 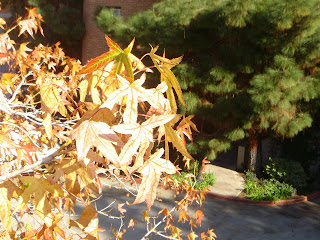 Now both of us have grown up and, by society's norms, we probably won't confront our friends in such a direct manner. If some friends do something stupid/irritating, we probably will just hide our anger deep inside and still smile at them. Unconsciously, however, we'll try to avoid those friends and, eventually, lose contact with them forever.

I'm so, so, so sad when this happens to me, and, unfortunately, things like this did happen. I've at least lost one very good friend in this way. Probably because I did something stupid or insensitive, that friend suddenly started ignoring me. Up until today I still want to know what happened and apologize to him if I did do something that hurt him... (-____- )

What do I want to say in this post?

If a so-so friend does something that angers you, maybe you can choose to ignore him/her forever.

If a close friend does similar thing, however, you probably should talk to or, if you can't suppress your anger, at least yell at him/her. By doing so, your friend would know what has happened and may resolve the conflict.

Think about it, rarely does someone want to hurt his/her friends. The reason is usually the differences among our values; one thing that's completely okay with me can well be a disaster to you.